Silence engulfed Old Kampala Primary School last Thursday when refugees living in the different suburbs of Kampala shared chilling stories of the torture they are being subjected to.
They expressed their agony through a song dubbed Sisi Wote Ni wa Afrika(We are all Africans) accompanied by a play.
In the chorus damu ni moja, juko wandugu, sisi ni wandugu(same blood, brothers and sisters), the refugees cried out for peace, respect, justice and equality highlighting that they did not wish to abandon their home countries.
This was the precursor of the community dialogue to create awareness of the international and national law against torture as the world prepares to mark the Anti-torture Day on tomorrow. The dialogue was organised by the Uganda Human Rights Commission in (UHRC) in collaboration with Coalition Against Torture (CAT).

Anatoli Muleterwa, the Kampala Metropolitan community liaison officer, says police are committed to implementing the anti-torture law.
He adds that under the principle of vigorous liability, any officer found guilty of breaking the law is always held accountable.
“Everyone needs security and we should help each other through reporting cases of torture in time so that action can be taken. We are not God to know that someone has been tortured unless he or she reports to us,” he says.

Samuel Hebert Nsubuga, the chairperson of coalition against torture (CAT), appeals to the government to implement the law against torture so as to protect vulnerable persons in the country.

“Most vulnerable people and refugees are not aware of the law that protects them and often keep quiet when their rights have been abused,” he says.
Nsubuga urges victims to report cases of torture to organisations like African Center for Treatment and rehabilitation of Torture Victims (ACTV), Uganda Human Rights Commission (UHRC), and police, so that action can be taken.

Ruth Ssekindi, the director investigations at UHRC, says: “Before the law was passed, UHRC used provisions of the Constitution but now that the torture law is in place, victims should not remain tight-lipped.”
She explains that any person found guilty of torture is liable to 15 years’ imprisonment whereas aggravated torture such as defilement, infecting the victim with HIV/ Aids and use of deadly weapons calls for life imprisonment.

David Onen Ongwech, the programmes director of gender and sexuality at Refugee Law Project, says implementation of the law against torture is one of the priorities that should be undertaken to protect vulnerable persons such as refugees and forced migrants.
“We are training police officers and prison warders about torture and we are happy that the Uganda police are actively involved in the fight against torture,” he says.
He appeals to government to translate the law into various languages that can be understood by a wide section of the population.
Ongwech adds that the project registers more than 200 new torture cases every year, adding that victims do not report because they are threatened, intimidated or persuaded with handouts by perpetrators.
Besides, most of the torture victims are unable to identify the culprits.
Elsa Bokhre, the community services officer at the UNHCR, says legal practitioners and police should have good will towards the implementation of the anti-torture law.

What the anti-torture Act of 2012 says

According to the Prevention and Prohibition of torture Act (2012), torture means causing great physical or mental pain or suffering to a person, who is held in detention. This can be done by doing something to a person, but also indirectly by not doing anything to stop or prevent torture.

Examples of torture include beating a person with sharp objects or with parts of a gun, refusing to give food or forcing someone to eat spoilt food, animal or human faeces, using electric shock, burning a person with a cigarette, electricity, heated metals, hot oil and acid.

Other examples of torture include, cutting off someone’s body parts, forcing the victims to witness or accept an offence, stripping the victim naked, public parading and over questioning the victim and covering someone’s eyes so that they cannot see what is happening among others.
The wrong doer will be imprisoned for a period of up to seven years, or pay a fine of up to Shs3.36m, or both.

It is illegal to use information obtained through torture in a court case. This crime attracts two years imprisonment or a fine of up to Shs960,000.

The chief magistrate court of Uganda can try cases of torture anywhere the crime has been committed, both inside and outside of Uganda. Any person living in Uganda can be tried for torture, even if they are not Ugandan citizens, with permission from the Director of Public Prosecution. The amnesty law cannot be used to forgive or pardon a person accused of torture.

Last month ACTV said they receive 1,200 to 1,400 cases of torture every year at their centres in Kamwokya, Kampala and Gulu District.
Probably one of the most publicised cases of torture in recent times was the video that went viral of a maid torturing baby Arnella. Then there is the ongoing case of journalist, Andrew Lwanga. The numbers are many.
About a month ago, Erias Lukwago sued the Attorney General, claiming to have been violently arrested by the police on November 19, 2013 at his home in Rubaga Division before being driven at a breakneck speed to Naggalama Police Station in Mukono District.

In his complaint now before court, Lukwago said it all began on November 18, 2013 when he was arrested at his home and detained at Kira Police Station without any charge.
He says he was later released at around 10pm in the night before being rearrested the following morning and driven at a breakneck speed to Naggalama Police Station without an explanation as to why he was being arrested as the law demands.
The Lord Mayor adds that while in Naggalama police station, he was not given any reason as to why he was arrested, let alone being subjected to inhumane, demeaning and degrading treatment.
The Lord Mayor further narrates that in the wee hours of November 20, he was then bundled on a pick-up truck and driven through Jinja Road, Kololo area, and eventually dumped at Kira Road Police Station where he spent a day before being arraigned at Buganda Road Court alongside Dr Kizza Besigye.
The case is still pending in court with the Attorney General set to respond to the allegations.
For the people with knowledge of the ani-torture law, seeking justice is made easy.
However, not everyone has that privilege, as is the case of Muhoza Bizimana, one of the refugees who narrated her ordeal during the dialogue.
“I am a Congolese refugee. I came to Uganda in 2008 after our village was attacked and destroyed by militias. Many of my colleagues settled in camps. I declined because I was once in the camp in my home country and I saw the highest degree of moral decay.
I decided to come to Kampala hoping to get a job that would provide me with food and accommodation. I slept on the streets until I got someone who recruited me to vend her merchandise.
As time went by, I got some money and rented a room in Kabalagala. While hawking goods one evening, two men intercepted, beat me and vanished with my merchandise.
I was left with injuries on the body particularly the shoulders. Since I was familiar with their faces, I filed an assault case at Kabalagala Police Station.
Afterwards, the officer who was handling my file referred me to a police surgeon for medical check-up. The surgeon asked me to pay Shs20,000 which I didn’t have at the moment since all my money and merchandise had been taken by the thugs.
My case was abandoned since I had no medical report. Later on, I went to UHRC for help but all was in vain.
At UHRC, I was asked to present a police letter, medical report and identification documents which I didn’t have.
I tolerated the pain, relied on good Samaritans until the shoulder healed. Afterwards, I got a job and rented a room somewhere else.- Anthony 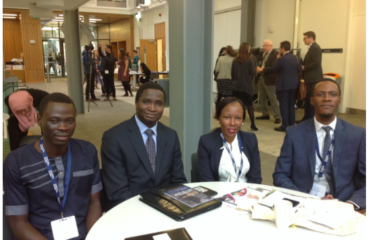 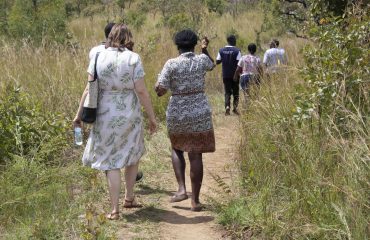