Check your Mobile Technology usage or it might Shake your Relationships

Check your Mobile Technology usage or it might Shake your Relationships 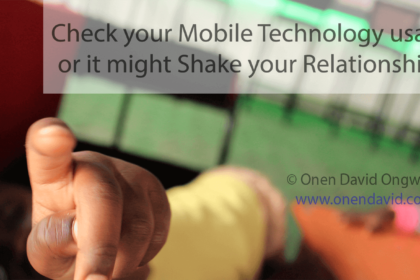 Editor’s Note: This post was originally published by African Exponent on July 1, 2019.

Internet addiction, technically known as Compulsive Internet Use (CIU) continues to eat social fabrics and have devasting effects on both the young and old. Studies have shown that problematic computer use is a growing social issue currently debated worldwide. Elsewhere, I have noted that technology is making us slaves to our own inventions. I re-echo herein and add that technology is continuously impacting on our relationships. I once saw a WhatsApp cartoon message showing both a mother and father on the bed, busy on their laptops, and a ‘child’ was wirelessly sent by both to the printer. Some of these messages, though figurative, are a glimpse into the magnitude of problems which deserves our attention.

We live in an era where people desire to acquire latest trending technological gadgets, and where ‘modern life’ has been equated to luxuries including access to technology even when some people struggle to use them. Arguably, some people are so much in love with and to some extent addicted to mobile technologies. Several studies, online surveys and discussions have shown and continue to demonstrate that mobile technology, though convenient and positively revolutionised contemporary life, has crafted a culture where people prefer texts to face-to-face conversations and where people prefer virtual meetings including online dating – all of which have detrimental consequences on physical and psychological wellbeing of individuals and with severe consequences on social relationships.

The mobile internet we know today has not been with us that long!  Debatably, the first mobile internet access wasn’t with us until 1991 followed by invention of first touch-screen phone (alias smart phones). The first camera phone wasn’t in existence until 2000, and Wi-Fi enabled mobile phone in 2005 invented by Blackberry before they were revolutionized by Apple. However, their legacy perhaps has been felt as if they have existed for centuries. Some people have earned names ‘Mr/Mrs Gadgets’ – with several phones weighing their trousers down. And because of the nature of energy consumption of such gadgets, some people are forced to carry one or more power banks and prior to sitting in a social space or meeting have to first find a charging point.

How happy can one be to see their followers on Facebook, Twitter, Instagram, etc, grow from tenths to thousands. Me too, I periodically check the visits, clicks, downloads, impressions, reach, and likes on my personal website and I understand how rewarding it can be to see hundreds of organic visits daily – a key motivator to occasionally publish a post on issues of interest. The ‘Live’ moments on social media are certainly encouraging and rewarding in equal measures – from bedrooms to kitchens to social places, some people have little to hide about themselves as they post all that comes to mind, and as and when things happen around them.

What about our families? The number of productive hours continue to dwindle for our families in the pursuit for wages and salaries, and as we race towards globalisation and the struggle to keep the pace of modern-day life. How about our young ones? What lessons do they draw from us? I watch with pity as children are just thrown out to swing with fellow children as parents and guardians bow their heads down on their phone.

I agree that we might not reverse to the old days of wired telephones, and further privy to the fact that some people’s livelihoods depend on their phones and gadgets, and as such, cannot afford to keep them off or away even for a minute. Security personnel and health workers are examples of people whose absence from their phones might have lethal effects. Nonetheless, just like me, perhaps you have also watched at a dinner table where phones outnumber the people and with frequent reach to keep up-to-date with text messages, latest posts, WhatsApp group chats, etc.

Cell phones access and usage remain one of the factors fuelling turbulent relationships in homes and families including issues related to passwords, access, late night calls, WhatsApp messages, social media posts, etc, including layers of passwords to gateway and harden physical access. Recently, this has gone even farther with finger-print sensors and face authorisation devices. Don’t ask me what happens when one is involved in unfortunate events including accidents and other concern citizens have to use the victim’s phone to help call friends and relatives to come to their rescue.

Above all, not to replace the core value of humanity which embraces togetherness. The life of passionate soccer fans can help to illustrate the sense of togetherness where people leave their premium subscribed decoders to attend to a ‘group watch’ down the street.

Why go out for a long-awaited dinner and get consumed into several online pages, posts, shares…? Why ask for a date only to spend more than half of it attending your phones? Why organise a family dinner only to observe several moments of silence as people ‘quickly’ check their emails yet they could do so from home with their even faster internet routers? These are questions worth asking and perhaps necessary to reflect upon when in such spaces.

Not to underscore the value of phones, certainly, our lives, more than ever has been eased by telephones’ ability to facilitate quick information sharing, contact, checking on colleagues, search for information, etc, including their help in raising livelihoods and income to many who sell, repair, manufacture, programme, develop applications, etc. Also, words of thanks need to be extended to the brains that revolutionised the use of mobile technologies in hospitals, engineering, weather forecast, and agriculture among others – all of which have undeniably changed our lives for better.

Certainly, I’m neither asking for readers to revert to lives in BCs [Before Computers] and early centuries nor am I implying that people should cease the usage of smart phones and internet. Rather, this piece is a wakeup call to check our level of usage of these ‘beautiful’ gadgets and how much of our already little time we give to our loved ones. Once in a while, life has to be lived in a free-flow-style and letting go the pressure; a week-end out without internet access sounds strange but is possible and healthy!

It’s time we checked our gadgets’ usage! Screening for internet dependence and Internet Process Addiction Test (even when the context varies) could be important for us and those we care about. Specifically, an exploration of for example the Generalised Problematic Internet Use Scale (GPIUS) and the Internet Addiction Test (IAT) could be important in ascertaining self-assessments on our internet usage. The devastating effects of screen time is not about to lessen and as such, it requires proactive means to mitigate the damage.

Realising change for others including for our children requires radical shifts in attitudes and actions. It might mean we [as parents/guardians] demonstrate to those within our care what it means to have a certain degree of discipline on gadget usage or they copy the same and add to those learnt from elsewhere. 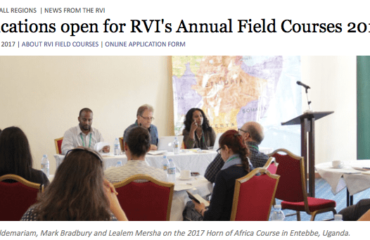