Editor’s Note: This statement was originally published by Refugee Law Project on June 16, 2020.

It’s 44 years since black South African students from Soweto protested the 1953 Bantu Education Act (also known as Education of black people), a predatory law that ‘legalised’ enforcement of racially separated education in SouthAfrica. Commemorated every year since 1991, this day reminds Africa of the need to step up the protection of its children, an important day in the quest for a free and fair world for children.

The theme for 2020 commemorations “Access to Child-Friendly Justice Systems in Africa” reminds Africa of the multiple abuses children directly and indirectly endure as suspects of crimes and as victims of ill-enforced legal systems. Uganda’s DPP defines Child-friendly justice as;

“A justice system which guarantees the respect and the effective implementation of all children’s rights. It is justice that is accessible, adapted to, and focused on the needs and rights of the child…”. Key considerations are; best interest, life and survival, without discrimination, and resource availability.i

At continental level, Africa has made commendable progress in adopting norms and standards promoting access to justice for children: 1) The Munyonyo Declaration on Child Justice in Africaii in November 2011 focused on among others, on children’s rights in child justice in Africa, 2) The AU’s ‘Agenda 2040: Fostering an Africa fit for children’ focuses on “An effective child-friendly national legislative, policy and institutional frameworks…”iii and 3) the 32nd Ordinary Session of the Assembly of the African Unioniv (February 2019) described the age of criminal responsibility at 12 and above for all States Parties.

Uganda is not behind in this noble cause. Besides legislative and policy progress including but not limited to the Penal Code Amendment Act 2007, and The Children Act (as amended) 2016, notable progress has been recorded including the launch of a handbook titled “Prosecuting Child-related Cases in Uganda” in 2016 for child-friendly and gender-responsive criminal justice systems.v

Children come into contact with the justice system for various reasons. The 2019 Situation Analysis on Children in Uganda shows that 27 percent of children have been exposed to a crime. Despite the UN Convention on the Rights of the Child (CRC) position that ‘putting children in prison should only be the last resort and for the shortest time possible’, there are children in many of Uganda’s detention facilities.

Children as offenders: Children are detained for an array of offences ranging from ‘minor crimes’ to capital offences. During arrest, some children are tortured by both community members and law enforcers.vi Children are kept beyond the permitted 48-hour in police custody as well as the permitted 6 months on remand. Some children have reportedly died while in custody – in 2017 in Dokolo, an 11 year-old-boy died at policevii while in July 2019, High Court Judge Musa Ssekaana ordered Government to compensate a womanviii whose child had died in police custody at Nabbingo in Wakiso District.ix

Children as victims: Whereas many children come into contact with the law, many more suffer at the hands of adult abusers. UNICEF’s 2018 situation analysis shows that 44 percent of girls and 59 percent of boys aged 13-17 years had experienced physical violence in 2018. The outbreak of COVID-19 has further heightened the challenges as reporting and response mechanisms are temporarily affected.

Who is responsible and operating under what circumstances? Answering such questions demands critical reflection on current contexts and, above all, on how friendly the justice system is for children in Uganda and Africa at large. Herein, we explore the Ugandan dynamics basing on what we see;

In the wake of COVID-19, the 2020 commemorations are unavoidably virtual. While we may not gather for conventional speeches, pledges, and performances, we still have to work towards realising sea-changes in the lives of children in Uganda and elsewhere.

As children or former children, may this day remind us to support future leaders to whom we shall hand the mantle for realising Africa’s Vision 2063 (The Africa We Want). Both the UN Convention on the Rights of the Child and the African Charter on the Rights and Welfare of the Child place obligations on member states to ensure that judicial, administrative, policy and legislative frameworks are supported for holistic development of all children. We cannot, however, leave this to states alone.

Ahead of this day, we implore everyone to re-imagine protection for all children, and specifically ask all concerned actors and individuals to join efforts as follows; 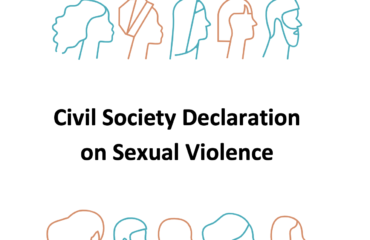 In support of the Civil Society Declaration on Sexual Violence 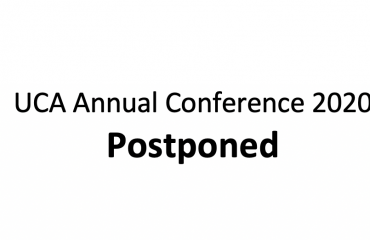