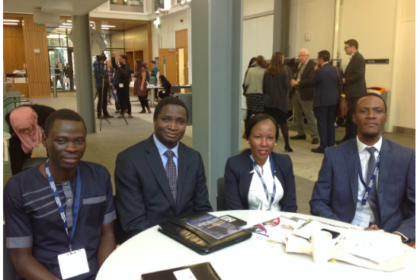 On Thursday, 7 March  2019, Susan Alupo (Programme Manager Access to Justice) and Onen David Ongwech (Programme Manager, Gender & Sexuality), represented Refugee Law Project at the symposium “Extending the Welcome: long-term approaches to supporting refugees and at-risk scholars in higher education.” The symposium was organised by The University of Edinburgh in collaboration with The British Council, and the Association of Commonwealth Universities. RLP presented its work on ‘Securing Refugee-Host Relations in northern Uganda through Enhanced Protection‘ generously funded by the Embassy of the Kingdom of the Royal Netherlands in Uganda.

The 2-day in-depth and insightful symposium, brought a blend of academics, practitioners, and policy makers including diplomats from various parts of the world. Many with a wealth of experience on current initiatives on the provision of Online Distance Learning programmes to people forcefully displaced from places they called home – including many at-risk scholars and academics unable to continue going about their routine academic work including research and teaching.

We hope the rigorous engagement will spark new national and international collaborations, and knowledge building and sharing on supporting education for refugees and other displaced persons globally. We are pleased as Refugee Law Project that Onen David Ongwech was able to represent the voices of forced migrants in Uganda.

Special appreciation to the Government of Uganda and specifically Ambassador John Leonard Mugerwa, the Deputy High Commissioner of Uganda to the UK for representing Uganda and sharing best practices on refugee management – a model still regarded as one of the most progressive in Africa and the world. The Friction between Assignment, Sleep and Fire Alarm: The Unexpected Experience! 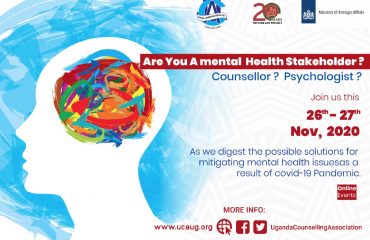 2 Comments to “ Extending the Welcome: long-term approaches to supporting refugees and at-risk scholars in higher education”