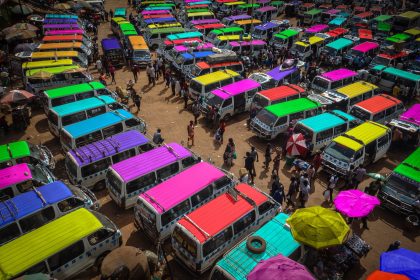 Editor’s Note: This article was originally published by Delta 8.7 on 30 March 2022. It was shared herein with permission from the Author, Gilbert Nuwagira, Research Assistant, Refugee Law Project.

The original article can be accessed through the link: https://delta87.org/2022/03/hidden-plain-sight-trafficking-forced-displacement-contexts/

Uganda is home to over 1.5 million refugees (as of 28 February 2022), with many more currently pouring in via Bunagana, Kisoro district in southwestern Uganda as of 28 March 2022. The complexity of forced migration and refugee movement make the likelihood of human trafficking a reality in plain sight — movement at a moment’s notice disrupts communal social networks, creating the perfect recipe for opportunistic traffickers. The Office of the Director of Public Prosecutions data estimates 75 per cent of trafficking cases filed in Uganda over the last five years have been domestic, but has no way of recording whether these were of citizens or of others, including asylum seekers, refugees and undocumented migrants.  While extinguishing and curbing the crime of trafficking demands concerted efforts to enforce the 4 Ps — prevention, protection, prosecution and partnerships — in Uganda’s case, there is a need for a paradigm shift from the conventional assumptions and methodologies to interventions with a deliberate forced migration lens.

From “does it even happen to refugees?” to “what are the signs?”

For most humanitarian actors, the signs of trafficking in persons are obscure even though the Prevention of Trafficking in Persons Act 2009 provides that:

“a person who recruits, transports, transfers, harbours, or receives a person by means of threat or use of force or other forms of coercion, of abduction, of fraud, of deception, of the abuse of power or of a position of vulnerability or of the giving or receiving of payments or benefits to achieve consent of a person having control over another person for the purpose of exploitation.”

Of critical note is the clause “position of vulnerability” which displaced people are quite often placed in by the very well-founded fear that caused them to flee in the first place. Therefore, it is important to recognize from the onset that displaced persons are highly susceptible to the ploys of traffickers, and programming ought to holistically consider their different needs.

From “there is no data” to “what questions can we ask?”

Recognizing the signs of trafficking in persons is the first step of many to collect data, as this informs what questions to ask. It is essential to understand refugees’ journeys and the complex communities and norms that form their context. A case in point: what is the likelihood that a single household will have over twenty children, and what is the possibility of this being a single-headed household? A careful lens is needed to ask the right questions and build the rapport that leads to the answers that inform interventions. It shapes discussions in a significantly positive way to involve community interlocutors (who, in the case of the Refugee Law Project, are also trained staff) in framing the right questions in the right language.

Response frameworks are designed to meet the needs of displaced persons, but at times they miss critically looking at the needs presented by displaced persons themselves. Comprehensive programming will require an attempt at 360-degree service provision, and a key element to this will be rethinking integration. The integration puzzle bodes well with the current implementation of the aspirations set out in the Comprehensive Refugee Response Framework and the Global Compact on Refugees, both of which seek to center refugee issues and highlight refugee abilities in tandem with the needs of host communities.

From singular efforts to collaborative efforts and systems

Singular efforts by the mandated department under the Ministry of Internal Affairs or the Office of the Director of Public Prosecutions are insufficient to generate momentum. Collaborative efforts, as highlighted in the Uganda policy research workshop and the subsequent roundtable discussion in Kampala, are the way forward, with the Department of Refugees in the Office of the Prime Minister recognizing they would require support from other departments that have experience working on trafficking. Systems such as the database set up by the Ministry of Internal Affairs are also efforts in the right direction, if data-sharing protocols are clarified and if spaces for conversations can be sustained.

In conclusion, research on the areas of trafficking and forced migration, as well as development of effective responses will require that we comprehend the impacts caused by conflict, and the fact that conflict-related trafficking is likely a major one.

This article has been prepared by Gilbert Nuwagira as a contribution to Delta 8.7. As provided for in the Terms and Conditions of Use of Delta 8.7, the opinions expressed in this article are those of the author and do not necessarily reflect those of UNU or its partners. Gilbert Nuwagira 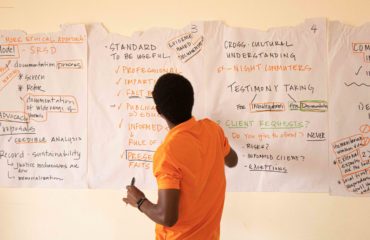