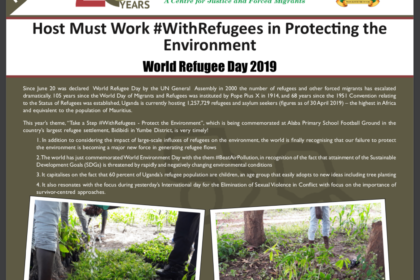 Editor’s Note: This post was published by Refugee Law Project on 20 June 2019

Since June 20 was declared World Refugee Day by the UN General Assembly in 2000 the number of refugees and other forced migrants has escalated dramatically. 105 years since the World Day of Migrants and Refugees was instituted by Pope Pius X in 1914, and 68 years since the 1951 Convention relating to the Status of Refugees was established, Uganda is currently hosting 1,257,729 refugees and asylum seekers (figures as of 30 April 2019) – the highest in Africa and equivalent to the population of Mauritius. The 2019 theme, “Take a Step #WithRefugees – Protect the Environment”, was commemorated at Alaba Primary School Football Ground in the country’s largest refugee settlement, Bidibidi in Yumbe District, is very timely! 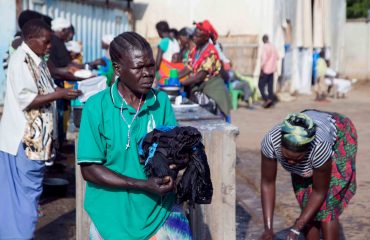 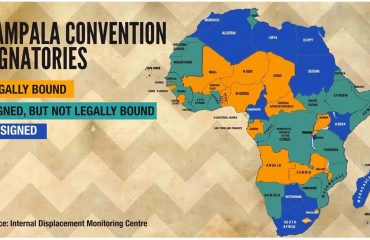 1 Comment to “ Host Must Work #WithRefugees in Protecting the Environment”