Hundreds of experts converged and discussed one of the world’s heinous forms of violence in conflict situations. This painful but exciting event colourfully came to an end on June 13, but the brave journey towards realisation of its objectives is just beginning.

Attended by 72 ministers, 103 countries and over 1,000 participants from around the globe, key recommendations focused on accountability, support for survivors, security and justice sector reform and international cooperation.

The Minister of State for International Affairs, Mr Henry Oryem Okello, represented Uganda with active participation of a handful of civil society organisations such as Refugee Law Project, War Child, Save the Children and African Youth Initiative Network. Most heartening was the participation of survivors from Uganda in the Fringe events, plenary discussions and most notably the Youth Delegation.

The event is a landmark in pushing for global synergy and demonstrated international commitment to ending sexual violence in conflict as well as violence in times of ‘peace.’ However, without meaningful translation and ownership by respective states, Uganda inclusive, all efforts shall be stalled and the struggle will be frustrated.

The diligent contribution of UK foreign secretary William Hague, UN special envoy Angelina Jolie, UN representative on sexual violence in conflict, Ms Zainab Bangura, US Secretary of State John Kerry, and other international actors should be a lesion for Uganda to re-think the plight of survivors of conflict related sexual violence within its borders, work with civil society organisations and the media in effective and comprehensive response to prevent conflict-related sexual violence.

Government should fully support and operationalise the International Protocol on Documenting and Investigation of sexual violence in conflict by strengthening relevant institutions such as police, judiciary and military, not as potential perpetrators but key actors in protection of civilians during armed conflicts.
The government needs to re-think the meaning of justice for survivors, including formal and informal justice, reparation and truth telling.

It’s time Uganda re-collected its international commitments to the promotion and protection of human rights, which apparently seems fragile with the passing of provocative legislations such as the Public Order Management Act, Anti-Pornography Act and the recent Anti-Homosexuality Act which continues to harvest international attention and criticism.

Apparently, some civil society organisations are already feeling the pinch as government continues to pry into their activities as being ‘unlawful.’ The worry is that this might intimidate others for fear of suspension of their activities or withdrawal of operating licence.

The Global Summit is just the beginning, civil society and actors on sexual, gender-based violence must continue to advocate relevant best practices to condemn sexual and gender crimes.

However, government’s practical commitment is paramount for the implementation of action plans. Responsible government ministries such as Ministry of Justice and Constitutional Affairs should play its role in upholding the rule of law, driving forward the legal and justice system.
Together with Uganda’s law enforcement bodies, legal reforms are paramount. Law enforcers should be empowered and facilitated to provide practical and technical support to enhance justice processes and guarantee accountability for survivors.

The definition of rape in the penal code painfully excludes men and boys as victims and this calls for alignment of the Penal Code Act to ensure gender inclusivity.
Ministry of Gender, Labour and Social Development should take observable lead on support and protection of survivors.

The media should model proficiency in investigating and reporting sexual and gender- related crime, and should remain impartial to uphold duty bearers accountable. Time is now for Uganda to act to end sexual violence in conflict 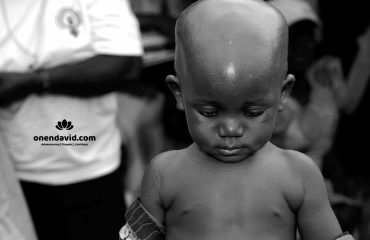 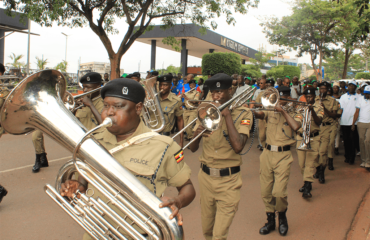