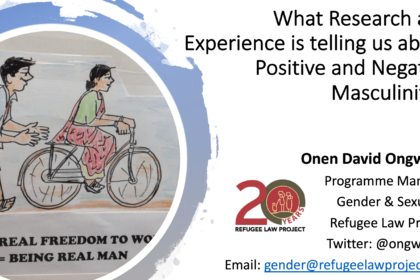 Editor’s Note: This message was originally published by Refugee Law Project on Wednesday 22 May 2019. Dear Friends and Colleagues, RLP at 20 is up in gears with several amazing initiatives and ground-breaking work. We recently concluded a Sexual Violence Symposium under the theme “Sexual Violence in Conflict: Advancing the Agenda?” (report yet to be published) and we are finalising arrangements for the upcoming South-South Institute on Sexual Violence Against Men and Boys in Conflict and Forced Displacement guided by the theme “Bridging the Sexual Violence Torture Divide” – all of which are important initiatives in advancing conversations on sexual violence in conflict.

As we wait to welcome hundreds of national, regional, and international participants next week for the South-South Institute, we are pleased to participate in a related and ongoing regional “Planning Workshop to Scale Up Positive Masculinity Programme” organised by UN Women and taking place at Lake Victoria Serena Hotel, Kigo. Represented by Onen David Ongwech, Programme Manager Gender & Sexuality, we are pleased to engage with a number of national, regional and international actors on fostering positive masculinities in the pursuit for Gender Equality.

Following our decades-long work with men and boys as victims of negative masculinities including physical and sexual violence and also our progressive work with men and boys as allies for positive transformation including ending violence against women and girls, we are delighted that conversations on challenging negative masculinities and patriarchy is taking shape at national and continental level.

For people working with and or interest in working with men and boys as victims of violence and as allies in ending violence against, we invite you to reflect on the UNHCR’s “Need to Know Guidance Note on Working with Men and Boy Survivors of Sexual and Gender-based Violence in Forced Displacement” developed in partnership with Refugee Law Project.

Also, RLP in partnership with its national and international partners have published several resourceful documents and video on working with men and boys including “From Dakar to Delhi: Politicising Thinking and Policy Discourse on Men and Masculinities”, “Introduction: Undressing Patriarchy and Masculinities to Re-politicise Gender” and “Undressing Patriarchy: Redressing Inequalities: Report on an International Symposium 9-12 September 2013” We thank you for your support and look forward to seeing you at the South-South Institute (Invite Only) and working together in supporting victims of all forms of violence and in the struggle for a violent free world. Thank you.

Presentation on ‘What research is telling us about positive masculinities’Download 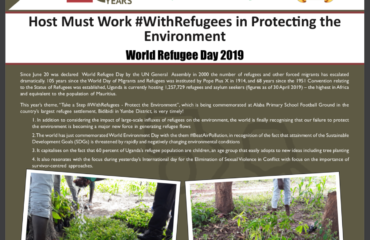 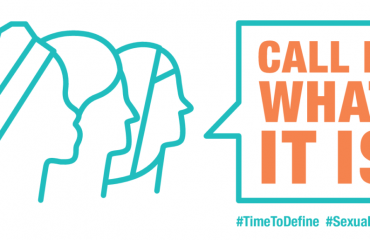 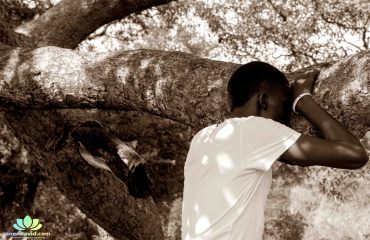 The Loud Silence: The plight of refugee male survivors of conflict-related sexual violence