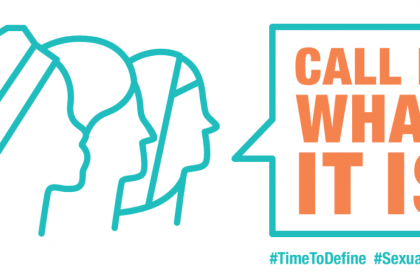 Editor’s Note: This post was originally published by bliss, The ISS Blog on Global Development and Social Justice on February 13, 2020 at 8:04hrs.

The international criminal law (ICL) system can only hear and describe a tiny fraction of what people experience, particularly when it comes to sexual violence. The ICL system not only makes it difficult for victims to disclose their experiences, but often misplaces, deprioritises and erases the sexual elements of violence under other headings such as ‘torture’ and ‘inhumane treatment’. This is what inspired ‘Call It What It Is’, a campaign designed to enable victims to freely testify in a system where sexual violence is better articulated.

Back in 2009, when the Refugee Law Project at Makerere University in Uganda ran its first-ever workshop for male refugees on the topic of sexual and gender-based violence (SGBV), a male Congolese workshop participant commented at the close of the day that ‘it has happened to all of us’, referring to having been subjected to conflict-related sexual violence. Similarly, a Somali participant reported that ‘if it happened to me, I would have to commit suicide’.

Their use of the word ‘it’, and their assumption that we (as social workers and refugee rights advocates) would somehow understand which of the many forms that ‘it’ (sexual violence) can take they had experienced, epitomises the yawning gap between people’s lived experiences, how they talk about those experiences, and definitions and the language available in legal systems intended to bring justice to victims. At present, the international criminal law (ICL) system for prosecuting perpetrators specifies only a handful of the multiple forms that sexual violence can take. The Rome Statute of the International Criminal Court refers to “rape, sexual slavery, enforced prostitution, forced pregnancy, enforced sterilization, or any other form of sexual violence of comparable gravity”[1].

It is the need to specify further the forms that might be considered under the catch-all “any other form of sexual violence of comparable gravity” that gave rise to the ‘Call It What It Is’ campaign, launched in 2019 by The Hague-based Women’s Ik1-1024x515nitiatives for Gender Justice. The key premise of the campaign is that, if survivors of SGBV are to get the support they need, it is imperative to call and describe a range of forms of violence as ‘sexual’. Second, and related to the first, for each victim/survivor, it is important to be able to name which of the numerous possible forms of sexual violence they have actually experienced. This is in order to allow correspondingly informed and appropriate responses that consciously sidestep the hierarchy of forms of sexual violence. Assumptions that rape is both the most important and most prevalent form of sexual violence are reflected in legal frameworks and service providers alike and are at the heart of this hierarchy.

The campaign is catalysed and coordinated by the Women’s Initiatives for Gender Justice, with varied contributions from more than 500 survivors. The collection of these was supported by dozens of organisations, including the Refugee Law Project which ran focus-group discussions. The campaign is raising the definitional bar for international criminal lawyers in general and the International Criminal Court in particular. The Civil Society Declaration developed as part of the campaign gives survivors and allies a new tool to deploy in the search for justice, calls for an end to impunity of perpetrators and an end to the inaction that is characteristic of many self-styled ‘responders’ in the fields of sexual violence.

Calling ‘it’ what it is cannot be a politically neutral process, however, and this raises particular challenges for institutions. ‘Rape’ as a ‘weapon of war’, laden as it is with a range of unevidenced assumptions about prevalence and gendered distribution of harms, is not an adequate descriptor of the complex universe of sexual harms that people, whether male, female, or gender non-conforming, experience in conflict settings. Establishing a more comprehensive understanding also demands a corresponding diversification of medical, psychosocial and legal services for the survivors and use of broader terminology to encompass ‘sexual violence [rather than only rape] as a weapon of war’.

The Refugee Law Project’s experience is that this diversification is possible. Back in 2009, no individual male refugee whom we were working with would identify himself in public as a survivor of conflict-related sexual violence. Ten years later, the male survivor support group Men of Hope was able to pull together 310 male refugee survivors in Kampala alone for the International Day for the Elimination of Sexual Violence in Conflict. Just two months earlier, their leader, Mr Aimé Moninga, addressed the UN Trust Fund for Victims of Torture in Geneva.

These successes have also taught us a lot about when not to call it what it is. The ‘When’, ‘Where’, ‘Who’ and even ‘Why’ of enabling disclosure of sexual violence—of making it possible for survivors accurately to call it what it is—has to be viewed as a complex process. Disclosure cannot be scripted or predicted. For some, the ‘When’ may be months after the incident. For others, it may take decades. For very few will it be within the 72 hours that Post-Exposure Prophylaxis demands to try and prevent the transmission of HIV.

The ‘Where’ of disclosure can also be a difficult choice: how do you balance the needs for access to support with the demands for privacy? In many refugee settlements in Uganda, for example, there are no spaces purpose-built to receive survivors needing help; meeting in a survivor’s home is rarely advisable as (s)he generally has not disclosed their exposure to SGBV to family members. Transporting a person to a supposedly neutral space, such as a hotel, carries further risks, as observers (which could include security forces or family members) are likely identify the vehicle and draw their own (sometimes dangerous) conclusions about what the survivor is doing sharing information with the institution associated with a particular vehicle.

‘Who’ should be asking such questions can be yet another conundrum when developing inclusive services for a broad spectrum of survivors. While it is often assumed that women wish to talk to women and men to men, it is rarely that simple. Ethnicity, age, prior reputation, or familiarity built through prior interactions can be even more important determinants of whether someone feels comfortable to talk to a particular person.

Last but not least, ‘Why’ would a person choose to ‘Call It What It Is’? Naming and disclosure are high-risk actions, the more so for people made vulnerable by their experiences and the context in which they seek to survive. In our work with forced migrants living in Uganda, the tangible benefits that make the biggest difference are the availability of high-quality medical referrals, treatment, and related psychosocial support. Without that, even after years of trust building, the risks that can arise from calling it what it is may continue to outweigh the benefits.

These considerations help us to see that, while for policy and law makers it is essential to start from a position of articulation, such as the Declaration, for survivors themselves, and for practitioners working to support them, calling it what it is may often be the end-point of a lengthy process.

[1] The Rome Statute of the International Criminal Court, Article 7.1 (g)

The ideas presented in this article were originally presented in the seminar “Call it what it is: when should we talk about conflict-related sexual violence?” at the ISS in cooperation with the Refugee Law Project. 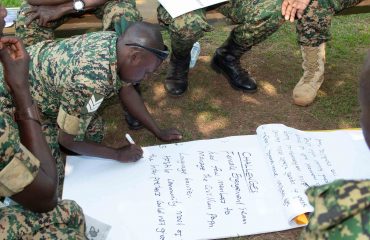 Peacekeepers as allies in tackling sexual violence in conflict 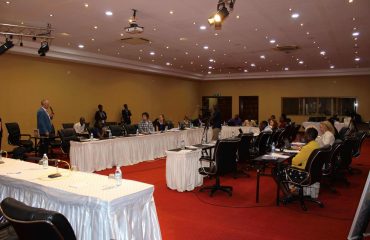